Ages ago I posted a pic of a painting I was working on.  Unfortunately, it met an untimely end… it got wet in my garage.  I scrapped it and focused on another project at the time, finishing up our demolished bathroom that had been idle for the greater part of a year since the February 2011 freeze.

Anyway finish bathroom, Christmas, New Years, my birthday, all of February 2012 and a quick trip to Lubbock passed by. Well I’m back on track and just recently started a new painting: 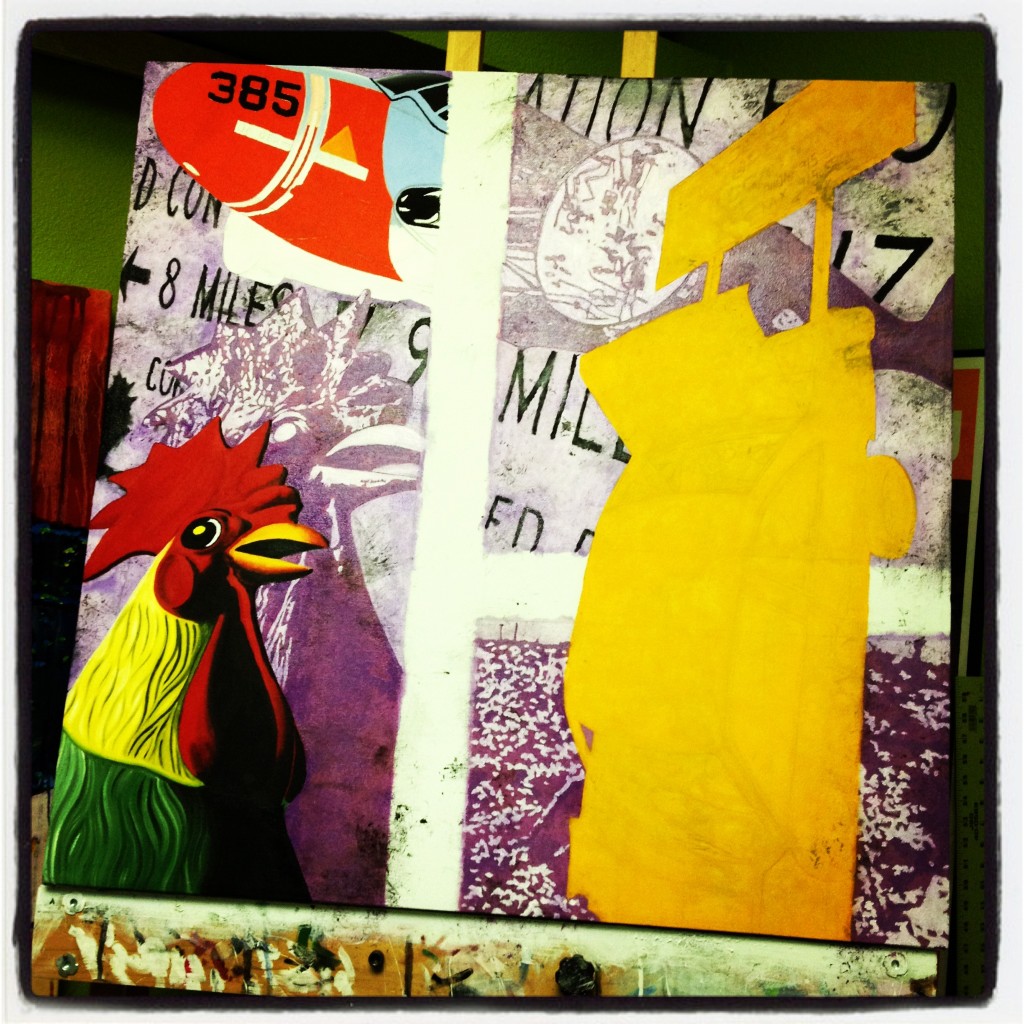 It’s moving along pretty quick and I already have a couple of ideas stacked up behind it.  I’m still photographing interesting/weird stuff that I come across and will continue to post those mini adventures as well.  Finally I brought back from the dead my previous Blogger blog, the j10chronicles about my J-10 Jeep truck and moved it to a wordpress site, the NEW j10chronicles.  Right now its just an archive of the previous site with a new theme. There is some activity going on with the truck that i’ll be updating soon.

The end of spring break brought us a quick trip to Lubbock, Texas.  We have a nephew there and our boys love to hang out with their older cousin.  His birthday also happens to be the same week as St. Patrick’s day so it always makes for an interesting trip.

View A Few Things in Lubbock in a larger map

We were there Friday to Sunday, working around his parents schedule so there wasn’t a lot of time to do a bunch of stuff but I did manage to get a few shots of some interesting things while driving around Lubbock. On Saturday morning we had some time to take the kids to the National Ranching Heritage Center. The facility was established to preserve the history of ranching, pioneer life and the development of the livestock industry in North America. They have large collection of original ranching buildings on the grounds that they have restored. The building collection is pretty impressive, they have everything from pioneer dugouts to the fancy Victorian house above.  There’s also a steam engine with caboose, a small train depot, windmills and several barns.  The walk doesn’t take to long and by far the boys were most interested in the steam engine.

We headed out for lunch and after getting a quick bite to eat stumbled upon some carved wooded sculptures along 98st.  It looks like at one time these were trees that lined the property but this crafty individual chopped them down and carved them up into what you see below. I’m not usually into this sort of thing but you have to admire the individual who has the drive to not only cut down some very large trees on his property but to then transform them into folksy works of art.  The most impressive was the attacking eagle, with its wings outstretch and claws out, it makes the best use of the previous trees shape. Once we wrapped up there we dropped the boys off at their cousin’s so they could go golfing with their Uncle and Grandpa.  Virg and I headed off to the depot district to check out the Buddy Holly Center. The center sits in a refurbished train depot on the edge of the depot district.  The Buddy Holly sculpture that used to reside around 8th street has been relocated across the street in a park that has a local “Walk of fame” We did briefly tour the museum whose admission will also get you into the Silent Wings Museum, though we didn’t stop there.  That was enough sight seeing for the day so we headed down the street to the JJJ Chophouse and then on to Crickets Grill for some frosty beverages. 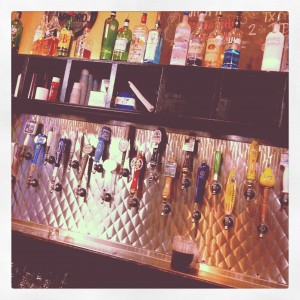 It was starting to get crowed from all the St. Patrick’s day revelers so we decided to head back to the family for dinner.  For a better view of the Ranch Museum, carved sculptures and the Buddy Holly Center, click on the Flickr link below: