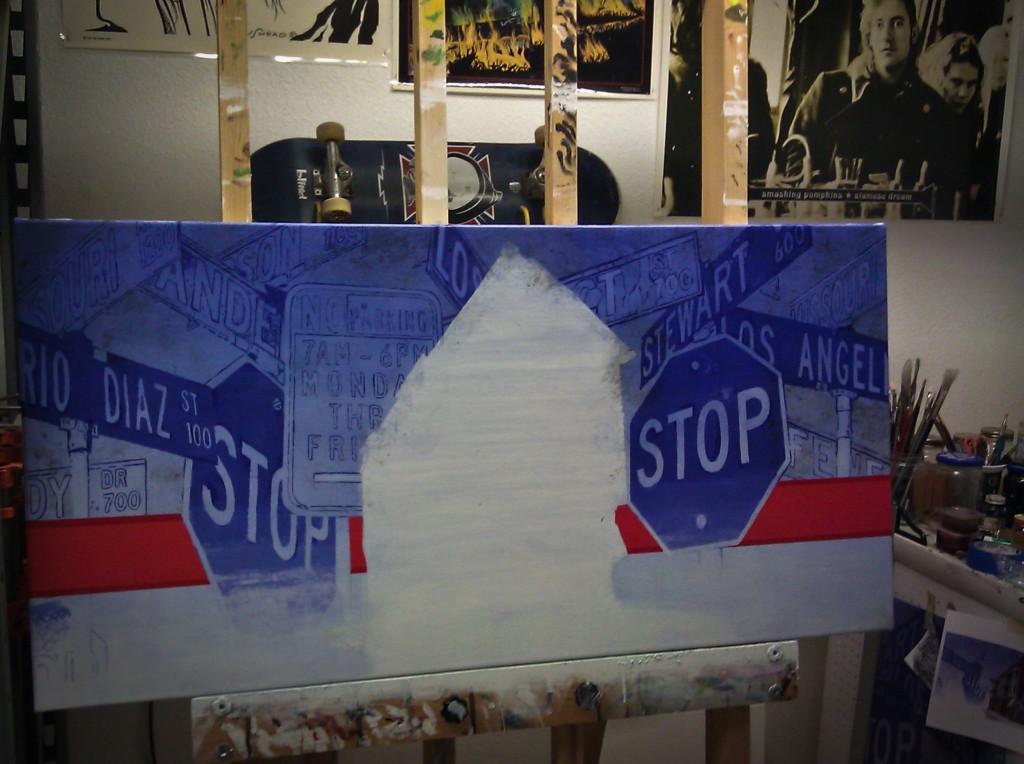 While working on it, I had to put it aside to work on getting our bathroom/bedroom project finished.  I stored it in my garage and subsequently the canvas got damaged.  I wasn’t very far along so it wasn’t a huge loss but I didn’t want to start from scratch on a new one using the same image.  I tweaked the idea some and set out to have another go at it:

The Sunset Grocery building has been photographed, drawn and painted by many others so its familiarity makes it difficult to come up with a fresh take on it  I think this layout is unique and will make for a stronger image than my first attempt.  We shall see… 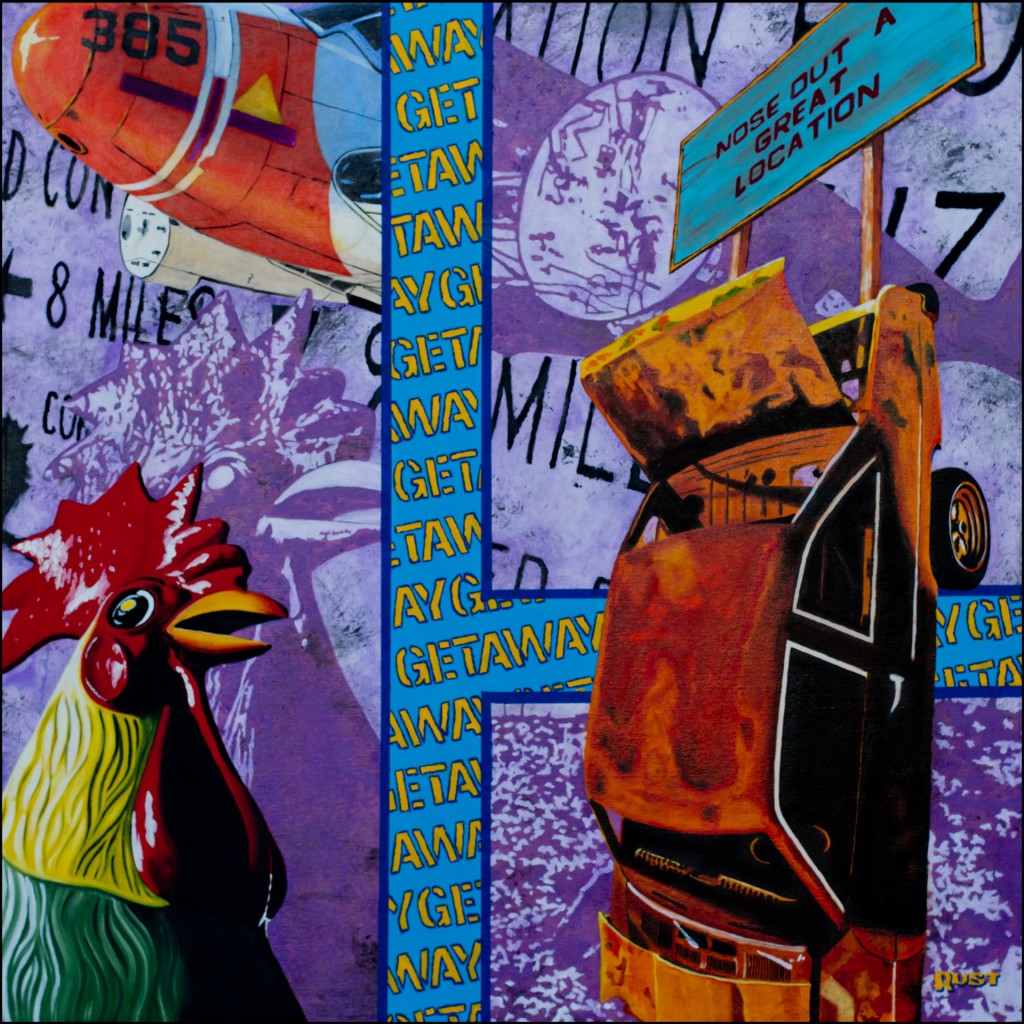